…and so the journey continues

Since 2004 I have been telling anyone who would listen (and many who wished they did not have to) that one day I’d live in the Sear’s building on Ponce de Leon, when it was renovated.  I wanted to be the first tenant in the building so badly, I insisted the current redevelopment team start a ‘waiting list’ of potential tenants so I could be #1 on the list.   I have been captivated, to almost distraction, with the possibility.    I even reminisced about the building when I wrote my ode to the parking deck, as it was being demolished in There Once Was a Sears Parking Lot.

Living four blocks from the building most of my life, it was ubiquitous.    My parents shopped in the basement for my school clothes for most of my childhood.  I loved the catalogue center, particularly at Christmas time.  Later, when the words ‘Sears, Roebuck and Co.’ were covered with the words ‘City Hall’, I enjoyed touring the poured metal art of our family friend and GSU art professor, George Beasley with my father.   Once, I had to file a police report at the Police Precinct (that was an experience for another blog).  Ultimately, I played a small part in the disposition of the building in my role as neighborhood activist. See my previous blog Remembering the Sale of City Hall East for some insight as to how it all began.

So, as development plans progressed and I discovered there would one day be residences inside that building, I got stuck on the idea that I would do that, too.   I have lost count of the number of times I have been inside that building during my life – hundreds, perhaps.  I have toured it with various City staff and developers at least 8 times over the last 10 years (I remember one distinct tour with Walter Brown that was hysterical and I had to promise him never to write about….sorry, Walter).  I have seen the building in virtually every stage one could, since the early 1960’s; retail, City offices and art gallery, meeting space, demolition site, and renovation site. I have been on the roof, in the basement and every floor in between.  I have ridden the big and the small elevators.   For decades I walked along a kudzu lined path on its East side once reserved for urban campers and ridiculous neighborhood kids like me (its now called the Atlanta Beltline).  I have seen crumbling and faded blueprints of multiple ‘stages’ of its previous life.  I have argued with potential redevelopers over design schematics for its possible future life. The building feels as intimate and familiar to me as any relationship I have ever had.

In early 2013 I sold the family home (where I was raised and then raised my son) after 43 years on Linwood Ave., just off of Ponce de Leon, and moved into an Amli apartment
complex off of North Ave., in Old Fourth Ward, with a perfect view of the Sears building under renovation.  I have spent the last year watching and documenting its progress on Facebook and awaiting the day I’d get a call to come pick out my apartment.

Well, I got that call in April of this year.  So starts a series of blogs that will chronicle my journey, as the nation watches Jamestown bring new life to the largest structure Sears ever built, as Atlantan’s wait with great anticipation for the opening of Ponce City Market food court, as the Beltline designs an ‘off-ramp’ just for the building, my Blog will follow my trials and tribulations, joys and amazements, lessons learned and people well met.  Join Loki (the world’s cutest toy poodle and unofficial mascot of PCM Flats) and me, as we make our new home inside one of Atlanta’s most iconic building. 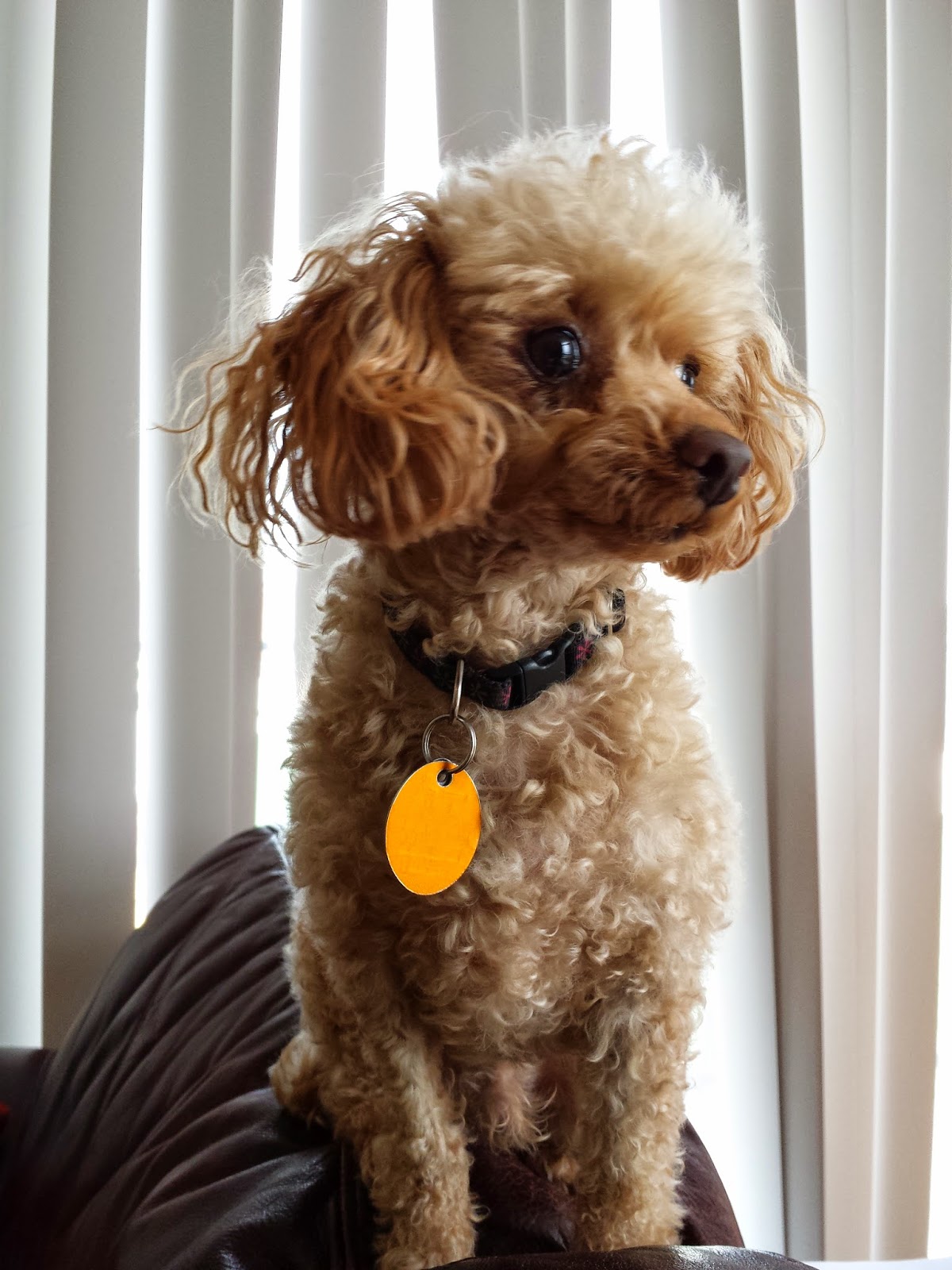 I have signed a lease on a tiny (no joke, 655 sq ft) one bedroom/one bath unit on the 6th floor of the 1960’s addition, facing North Ave, with a view of Historic 4th Ward Park and downtown Atlanta.  With a September occupancy date, I can barely breathe in anticipation of the next stage in my relationship with this building.    Follow Loki and me on our adventures as we prepare for, and then become, the first tenants in the Flats at Ponce City Market.